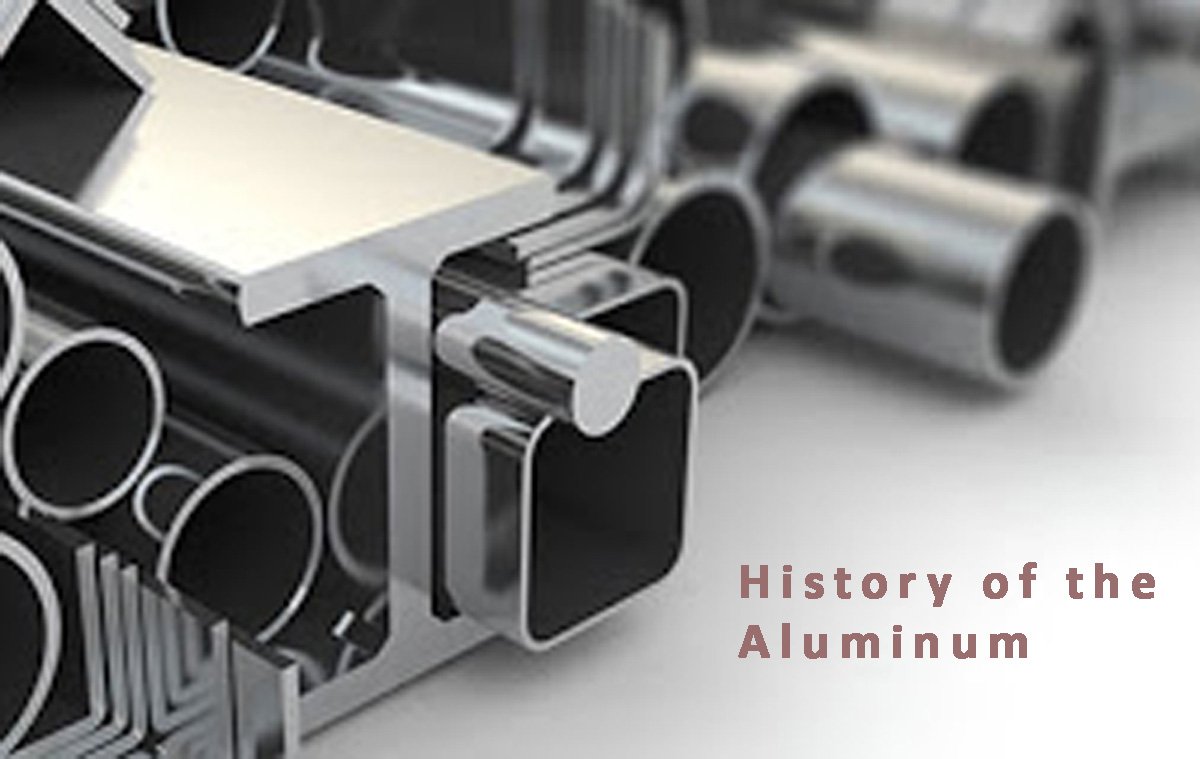 History of the Aluminum

History of the Aluminum

As Bor Aluminum today we will explain the aluminum’s history. We are an aluminum billet manufacturer in this sector for 30 years.

Aluminum, which is the most produced material after steel in the world, is used extensively in the construction industry, especially in roof and facade cladding, balustrades, doors and windows, stairs, scaffolding, and greenhouse constructions. Apart from these, it also has usage in automotive, aircraft and wagon construction, electricity, packaging, vehicle component, wire and cable production, machinery and machine elements, and metallurgy. As a result of R&D researches, it has started to be used in the defense industry today.

Aluminum, which is still considered a young metal in the world, has high corrosion resistance and long life. Aluminum is used in the construction industry at a rate of 37%. Among the biggest reasons for the preferability of aluminum is its;

Aluminum is present in the world as a compound (oxide). The most important raw material of aluminum is bauxite. One ton of aluminum is obtained from four tons of bauxite.

The demand for secondary aluminum, which is obtained as a result of aluminum recycling, is increasing in parallel with high energy costs and environmentalist approaches. Secondary aluminum consumes only 5% of the energy expended in primary aluminum. Therefore, their costs are low. Aluminum is preferred as an alternative to steel in some R&D research and engineering applications. Especially thanks to aluminum 5 used in bridge construction, load carrying capacities increase, load weight decreases, and high corrosion resistance are observed.

Aluminum Industry in the World 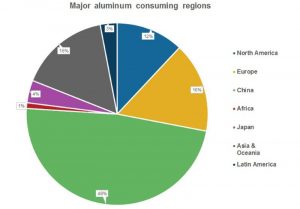 Aluminum first appeared in England in 1808. The industrial production of aluminum started in 1886 with the electrolysis method. Since this is the method still used today, 1886 is considered the starting year of the aluminum industry. However, the efficient use of aluminum took place after 1895.

Today, there are 5 main production stages used in aluminum raw material production all over the world. These include;

These stages are all independent industrial production branches. The number of facilities where all these stages are together in the world is very few and these types of facilities are called “integrated facilities“. The worldwide production of primary aluminum products has increased since 2001. Primary aluminum production, which increased by 3.4% in 2008, reached 25.7 million tons. In 2009, worldwide production was 23.4 million tons. This figure represents a shrinkage of 9% compared to the previous year. The production amount (excluding China) realized at the end of 2010 reached 24.3 million tons with a growth of approximately 4% compared to 2009.

How is Aluminum Consumption in The World? 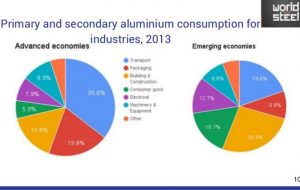 Aluminum consumption in the world is mostly made in the field of transportation. Packaging, construction, machinery, electricity, and other fields follow. While aluminum’s increase in world production and consumption continues, the leadership in consumption is in China’s control. After China, America, Western Europe, and Asia are the regions that consume the most aluminum, respectively.